Two-time Bathurst 1000 winner Will Davison has left hospital after suffering a suspected fracture vertebra in the multi-car pile-up in Saturday’s Supercars race at Symmons Plains.

Twelve cars were involved on the run to the Tasmanian circuit’s hairpin on the second lap of a rain-hit third race of the season, with Davison receiving one of the biggest hits, in a high-speed, head-on impact with Rick Kelly’s spinning Nissan Altima.

The Tekno Holden driver was taken to Launceston General Hospital for checks and scans following the 36G impact.

While he was discharged on Sunday and returned to his home on the Gold Coast, Davison has a suspected fracture to a vertebra in his lower back, which his manager told Autosport was “not a long-term issue, it’s a case of recovering and repairing”.

Davison is in doubt for the next round of the championship at Phillip Island on April 21-23, and Tekno is yet to make a decision on whether it will attempt to repair his Triple Eight-built Commodore or seek a replacement. 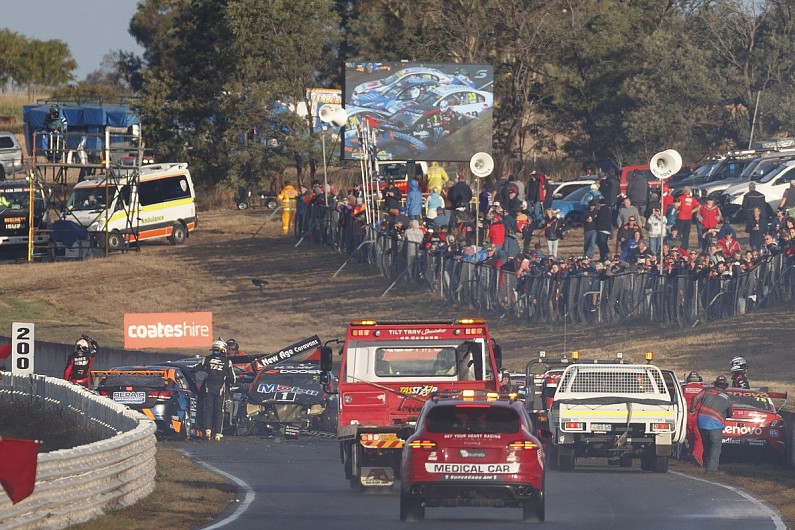 Saturday’s race was eventually delayed and run over a significantly-shortened four laps, three of which were behind the safety car. 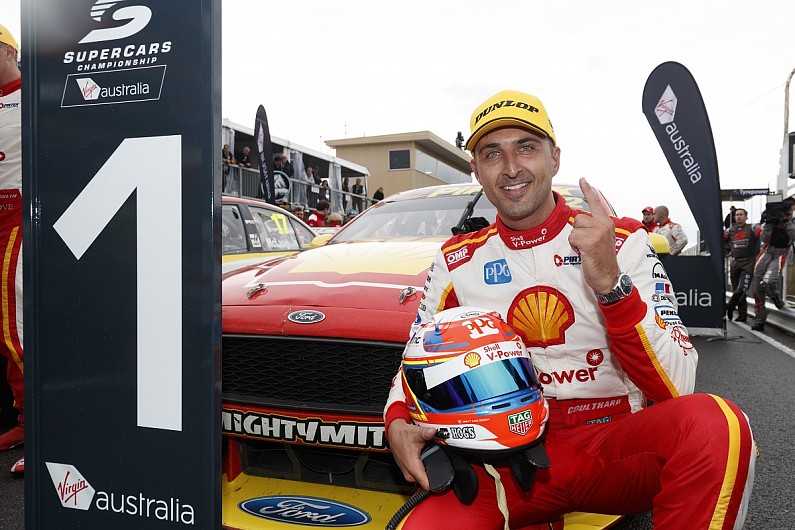 Fabian Coulthard led home new team-mate Scott McLaughlin in a one-two for the Ford outfit, which has continued to make progress in the third season of Penske’s involvement, including winning three of the four non-points Australian Grand Prix support races last month.

Dick Johnson Racing’s last win came at Queensland Raceway in 2013 with Chaz Mostert, who looked in the box seat to win at Symmons Plains for Prodrive, before overshooting the final corner while leading comfortably with less than 20 laps remaining.

Van Gisbergen wound up ninth after serving a penalty for contact with Todd Kelly, but continues to lead the championship by 20 points over Coulthard, with Whincup and McLaughlin also in the top four.