Mercedes-Benz is currently working on a new generation of the mid-size GLE, and once again there will be a high-performance GLE63 developed by the folks at AMG. We should also see a tamer GLE53, though more on this model later.

Compared to prototypes for the regular GLE, the tester for the GLE63 has a lower and wider stance. We’re still at an early stage so expect more advanced prototypes to ditch the makeshift exhaust tips and fender flares for more polished units. 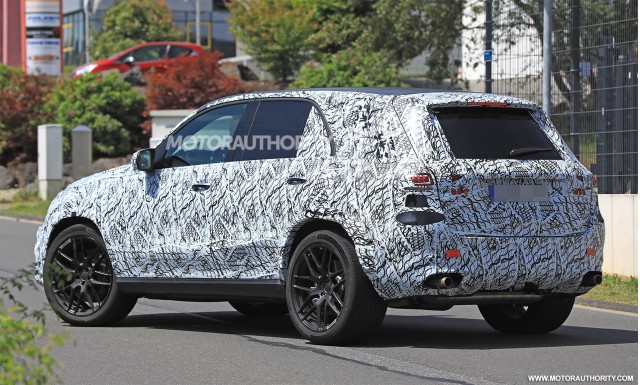 Under the hood should be AMG’s familiar 4.0-liter twin-turbocharged V-8, with the engine mated to a 9-speed automatic and rear-biased all-wheel-drive system. Peak output should be in the vicinity of 603 horsepower, the same the engine produces in the latest E63 S and S63 sedans.

As mentioned, we should also see a GLE53. Designed to replace the current GLE43, this model is reported to be coming with a hybrid setup built around Mercedes’ new inline-6 engine. The inline-6, which will be a 3.0-liter turbocharged unit, will come standard with a mild-hybrid system. AMG’s version of the setup, though, will feature a beefed-up electric motor to deliver around 500 hp in total.